Tag Archives: Lesbians in the Philippines

UN submission on discrimination and violence against lesbians

On 1 August 2021 Listening2Lesbians provided submissions in response to the following from the Commission on the Status of Women:

“Any individual, non-governmental organization, group or network may submit communications (complaints/appeals/petitions) to the Commission on the Status of Women containing information relating to alleged violations of human rights that affect the status of women in any country in the world. The Commission on the Status of Women considers such communications as part of its annual programme of work in order to identify emerging trends and patterns of injustice and discriminatory practices against women for purposes of policy formulation and development of strategies for the promotion of gender equality.”

Commission on the Status of Women: Communication Procedure

Information was provided to the UN on incidents dating back approximately 2.5 years across the 57 countries we have reported on in that time.

Legal, social and familial punishment of lesbians for failing to conform with the expectations imposed on women illuminates the status of women around the world. Homosexuality is understood to be a breach of sex-based expectations. Strictly enforced sex roles are accompanied by increased consequences for those who break them, individually or collectively. Lesbians, or women read as lesbians, are doubly punishable for their non-conformity, both overt and inferred.

Listening2Lesbians is not an expert on these countries and provided this information to augment and support the information provided by women from individual communities. We can only provide information on cases we have been able to locate and based our submissions solely around the available facts. Please note that we welcome corrections and updates.

We are painfully aware of the many communities not represented.

The alleged public shaming of several lesbian women by shaving their heads has sparked outrage in the Philippines during Pride Month and prompted an investigation by the national human rights ombudsman.

LGBTQ acceptance has expanded in the Philippines over the years, illustrated in part by the success of some members of the community in politics, media and entertainment industries. But rights groups say gender-based discrimination and violence are still a major problem.

The independent Commission on Human Rights (CHR) said last week it is investigating reports of forced head shaving of women in the town of Ampatuan in Maguindanao province in the southern Philippines.

Videos and photos of the alleged punishment went viral on Facebook and were picked up by local news outlets, where reports said an estimated six women were targeted. Although the video was taken down, it triggered condemnation and calls for action.

A provincial officer who condemned the punishment was quoted as saying that members of the local community suggested it.

The CHR said a local news outlet claimed the public head shaving was carried out because the Muslim-majority town was opposed to same-sex relationships. 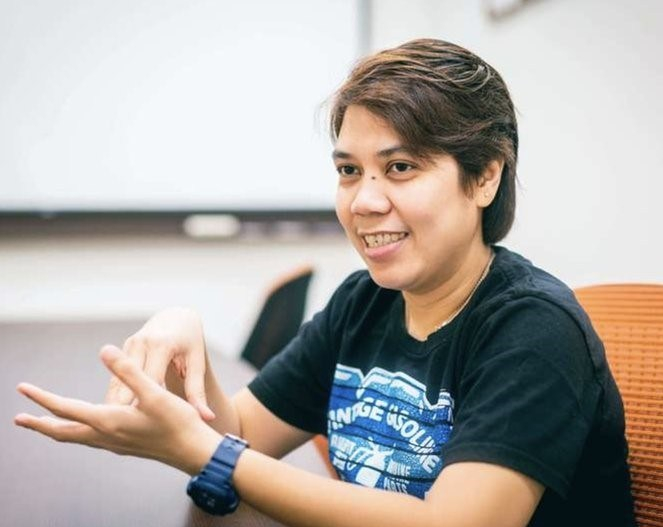 “I like life in Taiwan because I can live freely.” Melinda, a lesbian, was not accepted by her father in her native family. After coming to Taiwan [from the Philippines], she felt goodwill for the first time. “I When I first came to Taiwan, my mentor at work was very good with me. He didn’t discriminate against me because of my sexuality. When he told my male supervisor that I like girls, the male executive also said: “Go! Let’s go together and look for a girl for you!”

This is a friendly environment that allows Melinda to be herself; it is also because of this freedom that she wants to stay here and learn to be independent. She took us to the nearby Philippine grocery store to visit. I watched her talk to the clerk in a familiar way, sometimes whispering and sometimes laughing, and introducing us to the food and culture of the Philippines, so confident. Living so confidently is the reason why her mother wanted her to come to Taiwan.
(Translated)

Philippines: Man kills wife over suspicion of being lesbian

MATALAM, North Cotabato – An enraged farmer on Tuesday shot dead his wife and another woman, whom he had suspected of being a lesbian, after finding them sleeping together inside the family home in Barangay Poblacion here.

Lesbian couple Ymi and Cha, on getting punched by man who refused to accept “No”

“Minutes after, he got into a heated discussion with Ymi when she confronted him directly and asked him to go. It was when Ymi threw a tissue at him that he snapped and threw two punches at her (during this time they were outside Saguijo’s gate). I ran to them and tried to pull Ymi away, he punched me on my left cheek before giving Ymi another punch. This was when roadies and other Saguijo people ran to us.”

Continue reading at: Lesbian couple Ymi and Cha, on getting punched for standing up for their rights | Lifestyle | GMA News Online (Source)

Organizers led by Eastern Police District Director Romulo Sapitula, hope that the contest would help end gender discrimination and show equality for members of the LGBT community in the police force.

The event featured a talent section, a casual wear segment, and a formal wear round, and was held at the Tanghalang Pasigueño in Pasig City Friday night.

Listening 2 Lesbians will provide news of any updates to the “In Memoriam” blog on a monthly basis. This amazing record of the loss of those in our lesbian community to violence is not complete, but it is also the only record being kept at this time.

This month we honor the following sister: