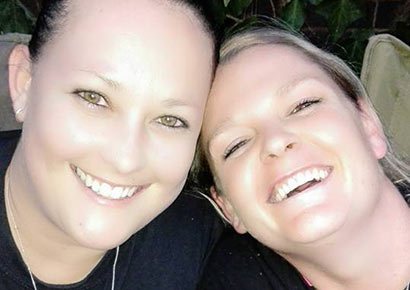 Four people tried for the murder of Mooinooi same-sex couple Anisha and Joey van Niekerk, who were raped and killed in December 2017, were convicted in the North Gauteng High Court in Pretoria on Wednesday.

Mercia Strydom, 24, Aaron Sithole, 27, his brother Jack Sithole, 21, and Alex Modau, 39, killed the couple before taking their bodies to a nearby river where they were burnt beyond recognition, National Prosecuting Authority regional spokesperson Lumka Mahanjana said in a statement.

Their burnt-out car was found in Magaliesburg six days later.

Strydom’s husband, Koos, believed to be the mastermind behind the murders, killed himself last year, News24 reported. He had been found dead in his single cell at Kgosi Mampuru 111 Prison in Pretoria.

We honour the following sisters:

A lesbian couple from Mooinooi in the North West province are believed to have been tortured, raped, murdered and set alight, allegedly by seven people.

Anisha (30) – a manager at an Anglo mine – and Joey van Niekerk (32) went missing on 10 December when they set out to drive to Pretoria for a family funeral.