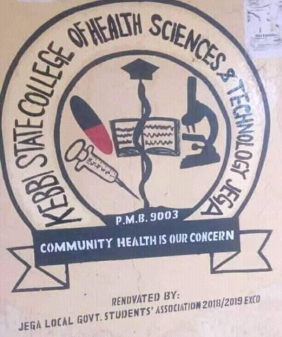 KEBBI State College of Science and Technology in Jega has expelled four female students for engaging in lesbianism as part of a crackdown on homosexuality after they were caught having sexual intercourse.

The principal at Northwestern High School in Hyattsville, Md. says a school investigation into the March 2017 assault by at least four male students on an 11th grade lesbian student, which resulted in the student suffering three broken ribs, has been unable to identify the attackers.

Lidia Reyes, the mother of the lesbian student, contacted the Washington Blade about the incident last month, saying the attack came after her daughter had been the target of bullying and harassment by fellow students. She said school officials weren’t taking adequate steps to address the problem.

Reyes said her daughter reported the attack occurred in the school auditorium on March 23, 2017. But Principal Elaine Carlene Murray told the Blade the auditorium was not open on that day and school security officials could not confirm exactly where the incident took place.

Texas School Bans Lesbian Couple From Going To Prom Together

Administrators at a Texas high school told two lesbians they couldn’t go to prom together.
Merary Melchor, a senior at John Tyler High School, applied twice for tickets to take Sydney Aparicio, her girlfriend of more than two years and a freshman at another high school, to prom. But school officials denied Melchor’s request both times, even after she obtained permission from an administrator.

Logann Pruneda, a student at Bullard High, says she was pelted with full juice boxes at school on Monday for being gay. It was her 16th birthday.

The Fresno Unified sophomore said that after a fire drill outside the school, she was hit with three boxes of apple juice from behind, leaving abrasions on her neck and back.

She heard a male call her “a faggot, a queer, a lesbo” during the attack, but did not see who did it, and did not recognize the voice.

“They were pretty hard throws,” she said. “All I heard was them calling me really mean names that involved my sexuality.”

They were walking to VanHoutan’s uncle’s house and tried to ignore the boys. However, then one of the boys allegedly hit her in the back of the head and punched her, giving her a black eye.

A Nigerian researcher, Kehinde Okanlawon, has released a report on the experiences of gay and lesbian university students in Nigeria, detailing harassment they experienced.

The report, titled “Homophobic bullying in Nigerian schools: The experiences of LGBT university students,” was based on interviews with 14 gay and lesbian students at a university in Nigeria and on accounts of Nigerian LGBT students’ experiences compiled from other sources.

Continue reading at: 14 Nigerian university students talk about being gay on campus | 76 CRIMES