U.K: Lesbian sisters given temporary reprieve from being returned to Pakistan

Two sisters say they are “relieved but worried” after they narrowly avoided being deported to Pakistan where they say they face the threat of LGBT-based violence.

Samina, 52, and Nazia Iqbal, 48, from Stockport, were scheduled to be taken out of the country on Saturday night from Manchester airport after a judge said it was not “credible” that they are gay [sic], despite the sisters being publicly out for 20 years.

The pair were due to leave on a flight at 9pm on Saturday back to Pakistan but after being questioned by Sky News the Home Office appeared to make a U-turn on the decision as the sisters were not put on the plane.

When contacted by Sky News to ask why the sisters were being deported a spokesperson said that “each case is considered on its merits”.

The Iqbal sisters were not told they would not be put on the flight and only realised they were not leaving when Sky News informed them that the plane had taken off.

The following day the pair were moved to the Yarl’s Wood Immigration Removal Centre, which has been criticised over treatment of detainees, something the Home Office has previously said has been improved upon.

The pair are now in limbo awaiting a bail hearing on Tuesday.

Pakistani Lesbian in the UK: ‘Rejected by my family, raped – but proud to be gay’ 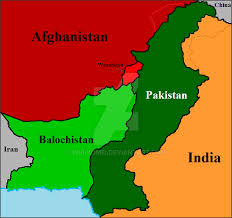 Seyeda has been rejected by her family, abused and raped because she is gay – but is determined to be out and proud.
“Once the extended family came to know about my sexuality, I had a bad time.”
She describes being pushed down the stairs by a male relative, her teeth knocked out. Eventually she was thrown out of the family home.
She ended up staying with friends, and meeting a girlfriend – whose husband, Seyeda said, raped both her and her friend when he discovered their relationship.
“That was the most horrible night of my life,” she said. “I struggled a lot after that.”

What it’s like to live life as a Muslim lesbian

Zayna says she was beaten, humiliated and threatened because of her sexuality – but throughout her tormented formative years she refused to deny who she truly was.

Growing up as a young Muslim lesbian in Pakistan, the graduate says she came up against both physical and mental abuse from those that she believes had misinterpreted the messages of the Qur’an.

Continue reading at: What it’s like to live life as a Muslim lesbian – Manchester Evening News (Source)

Two former Birmingham students have defied death threats to make legal history by becoming the first Muslim lesbian couple to get married in a civil ceremony in the UK. Rehana Kausar, 34, and Sobia Kamar, 29, from Pakistan, tied the knot at a registration office in front of their solicitors and two Pakistani friends earlier this month.