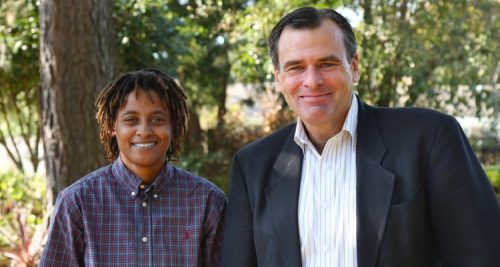 Facebook, Google, Microsoft, Starbucks and Viacom have joined 71 other companies in an amicus (“friend of the court”) brief supporting Georgia lesbian Jameka Evans in her efforts to ask the US Supreme Court to hear her case. Evans claims she was harassed in the workplace and fired from her security-officer position at Georgia Regional Hospital in Savannah because she is a lesbian and wears her hair in an androgynous style. Lambda Legal is seeking a nationwide ruling affirming that sexual orientation discrimination violates Title VII of the Civil Rights Act.