(LVD) Living as a Lesbian in Iran, Where Being Gay Is Illegal 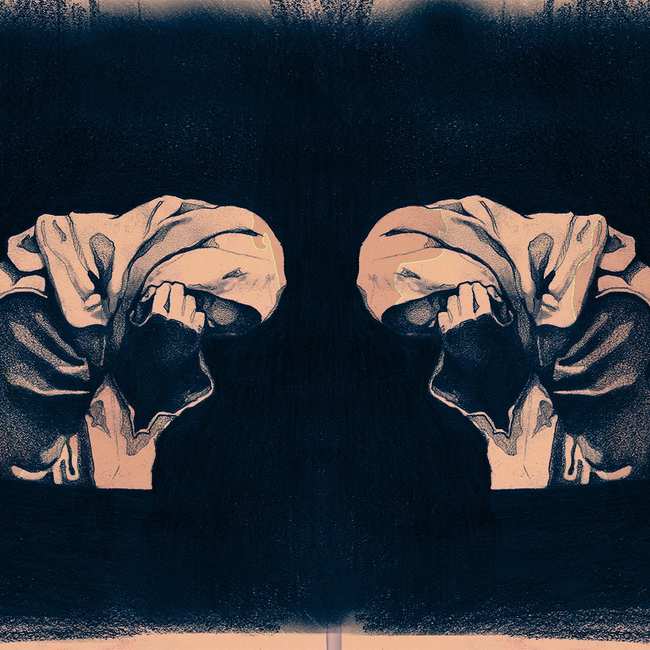 In Iran, being gay can carry a death sentence for men. Though lesbians are discussed less frequently, they too face severe government-sanctioned punishment, including lashes and flogging.
The three days Azadeh* spent in interrogation felt to her like months.
In a remote villa on the outskirts of Iran, she sat listening to clergymen preaching quotes from the Quran as the burns on her arms stung with infection.
Growing up, the 25-year-old says she was often bullied for her “boyish” looks. But several years ago, the harassment took on a more sinister form when she was arrested and tortured by Iranian Revolutionary Guards. The guards had found a short story by Azadeh about two male soldiers who were lovers during the war, after a tip-off from a girl Azadeh says held a personal grudge against her.
“I never directly used the word ‘homosexuality’ in my writings,” Azadeh says, “but they wanted to use those writings to get a confession from me that I’m a lesbian. I denied everything.”
Regardless, she was forced to undergo a three-day long “reorientation course”, which she quickly learnt was a euphemism for interrogation. It consisted, she says, of religious instruction and repeated attempts to force her to admit she was gay.
“They tortured me by pouring boiling water on my skin and beating me, especially on the head. [But] more than physical torture, I was subjected to verbal abuse,” she says. “They kept telling me that I was a ‘pussy licker’.”

Azadeh doesn’t see any contradiction between her religious beliefs and her sexual orientation. Her own (legally unofficial) marriage to a woman followed Muslim marriage rituals, and she considers her partner to be her wife in accordance with religious rules. “I used to struggle a lot to interpret the Quran in a way that was more compatible with my situation as a lesbian,” she says. “I think we need new fatwa for this issue.”

One response to “(LVD) Living as a Lesbian in Iran, Where Being Gay Is Illegal”