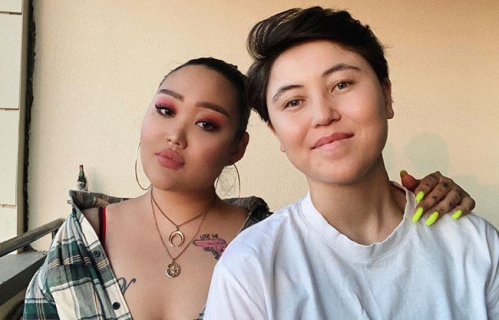 A professional MMA fighter in Kazakhstan has unleashed attacks on LGBTQ people. Now a gay [sic] soccer player and her girlfriend are afraid for their safety.

Kuat Khamitov, also known as Naiman, attacked an LGBTQ-supportive video in Instagram, saying in the comments that LGBTQ people are “worse than dogs,” adding that dogs should be offended by such a comparison. His supporters followed up with comments about LGBTQ people being worse than pigs.

LGBTQ activist Nurbibi Nurkadilova responded with an open letter to Khamitov, criticizing him for his disturbing statement.

“Why do you compare my human rights, the rights of a citizen of this country, with those of a dog?” She asked. “Do you consider me powerless? Or do you compare my mental development with the canine? Or maybe you wanted to draw a parallel between the fact that we also need to put on a chain like dogs? I do not fully understand your ridiculous and stupid statement!”

Nurkadilova said the response from Khamitov’s fans and others in her home country has been swift and deeply disturbing.

“I have received thousands of messages with threats and insults,” she told Outsports in an exclusive interview. “They are all in Russian and Kazakh but say, ‘You’ll burn in hell,’ ‘I will kill you,’ ‘You’re worse than an animal,’ ‘I’ll rape you,’ ‘You don’t belong in this country,’ ‘Go to America,’ ‘You’re the shame of the country,’ and other ugly comments. A normal person would be shocked.”

Nurkadilova told Outsports she is particularly afraid for her girlfriend, who is a soccer player who has represented Kazakhstan on the national team as recently as last year.

Like Loading...
This entry was posted in News and tagged Hate Speech, homophobia, Kuat Khamitov, Lesbians in Kazakhstan, Lesbians in sports, Lesbophobia, Nurbibi Nurkadilova, Women in sports. Bookmark the permalink.