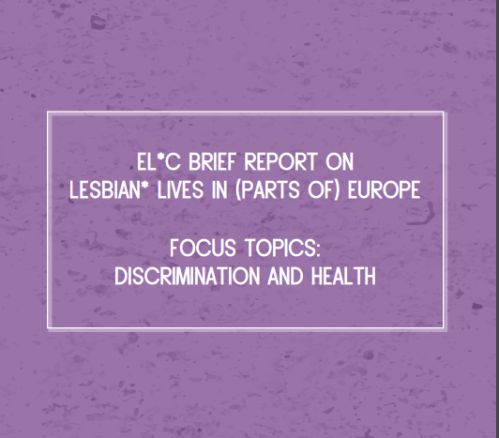 “Lesbians* in Europe are faced with discrimination on a daily basis – ranging from legal barriers in various aspects of their lives to informal discrimination by family members, peers, or service personnel. In this focus topic, we want to highlight these various experiences of discrimination and, in some instances, highlight cases of harassment and violence. In doing so, we have drawn on the most extensive survey on discrimination and hate crime to date, conducted in 2012 throughout the European Union and Croatia – the EU LGBT survey by the European Union Agency for Fundamental Rights (FRA; for additional information on the methodology behind the survey, please consult our preface or the official technical report1).

In this section, we present findings from 15,236 lesbian participants and their experiences of discrimination. If not otherwise stated, we present an averaged response over all 28 countries included in the survey, which is weighted by population size. To highlight the variability in responses across countries, we also included the three countries with the least endorsement and the three countries with the most endorsement on some questions.

Please note that, since the survey was conducted in 2012, some of the findings presented may be different as of 2017, since legal changes could have taken place in a given country during that time. Still, the EU LGBT survey conducted by the FRA is the most extensive and valuable survey to date about LGBT lives in Europe.

For this report, we included only parts of the extensive survey. We also chose not to include figures from other groups of participants from within the LGBTQIA* community (for example gay men or bisexual women), to avoid (in our view over-simplistic) comparisons between groups that are all affected by various forms of discrimination. For readers interested in conducting these analyses or in finding out more about results from a specific country, we recommend exploring the survey online via the data explorer2.
.
1  https://fra.europa.eu/sites/default/files/eu-lgbt-survey-technical-report_en.pdf
2  http://fra.europa.eu/en/publications-and-resources/data-and-maps/survey-data-explorer&#8221;

Like Loading...
This entry was posted in Listening 2 Lesbians and tagged Discrimination, European Lesbian Conference, Lesbians in Europe, Threats of violence, violence against lesbians, violence against women. Bookmark the permalink.