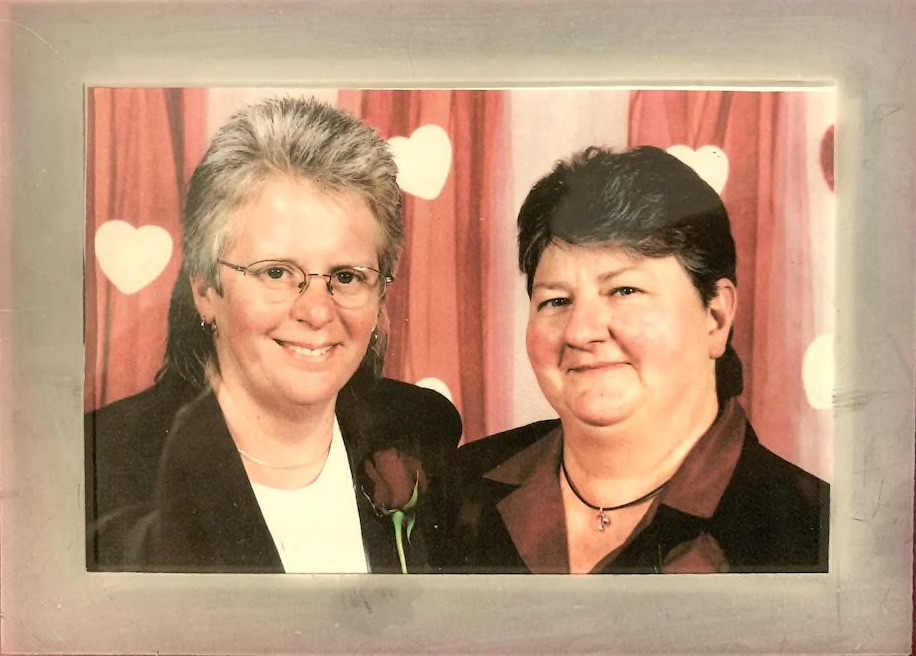 For more than a decade, Patricia Rolfingsmeyer and Tina Sammons lived as a committed couple even when the states where they resided did not recognize their same-sex union. They wore matching diamond wedding bands, bought a house together and declared at a private ceremony, “It may not be legal out there, but it is in here.”

When the laws began to change around the country, the pair drove from their home in Pennsylvania to Maryland, where they were officially married in 2013. Less than three months later, Sammons, a U.S. Air Force veteran and longtime U.S. Postal Service employee, died of metastatic breast cancer.

The couple’s union, according to the federal government, did not last long enough for Rolfingsmeyer to meet the nine-month marriage requirement to claim an estimated six-figure dollar amount in survivor benefits.

Rolfingsmeyer, now 71, is challenging the federal government’s denial of employee death benefits because it was not legally or practically possible for her to obtain a marriage certificate in her home state in the nine months before the death of her partner of 16 years.