Tennis Is Full Of Lesbians! 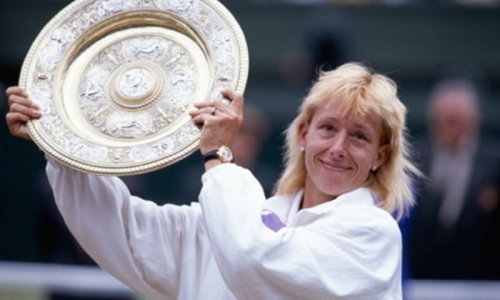 Tennis is one of the all-time greatest sports. It’s easy for audiences to follow, the rules are simple to learn. It requires the most from its players: skill, endurance and intellect. And the one-on-one nature of the game gives it a gladiator quality that cannot be denied. Nothing is more exciting than that buzzer-beater final set. So why would one iconic woman player claim that other women are “ruining” the sport, as Margaret Court, the fifth greatest woman tennis champion of all time, asserted on May 31 about lesbian tennis players? Her claim has prompted two iconic tennis greats, Martina Navratilova and Billie Jean King—both lesbians and the first two people to come out in professional sports over 35 years ago—to demand Court’s name be stripped from the Margaret Court Arena in Melbourne Park, Australia.

Continue reading at: Tennis Is Full Of Lesbians! (Source) 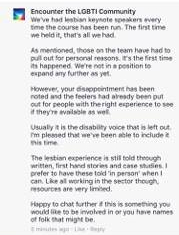 According to Encounter, if you, or someone you know, is interested in representing a lesbian voice for professional development, you can call them to discuss your involvement.  Their number is 1300 38 50 20.  They also have an online form.