At the San Francisco Dyke March on 23rd June 2018,  a small number of lesbians attended with signs ranging from pro lesbian slogans to ones highlighting concerns with the use of puberty blockers in minors.

What followed is contested but much like the 2018 Baltimore Dyke March, at the San Francisco Dyke March lesbians who carried controversial signs were subjected to verbal abuse at the event, and harassment on social media afterwards. The verbal abuse at the San Francisco Dyke March was prolonged with the women significantly outnumbered 5-to-1. The altercation became physical, as evidenced by the damage sustained to the sign below: 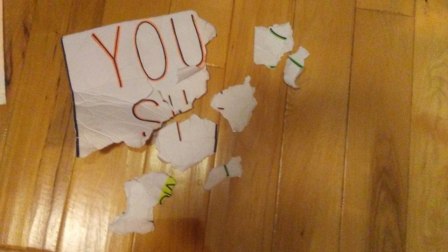 This video is the only known footage of the (end of the) incident.

Social media reports and screen shots of the incident and its aftermath have been excluded in the interests of not promoting further harassment of any women.

The March Organisers put out the following statement: 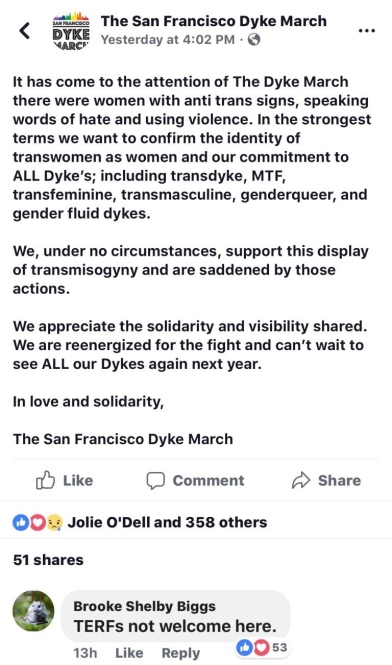 No mainstream or LGBTI news sources have yet reported on this incident to our knowledge.