As a lesbian woman, Ellen DeGeneres is being held to higher standards than if she were a man 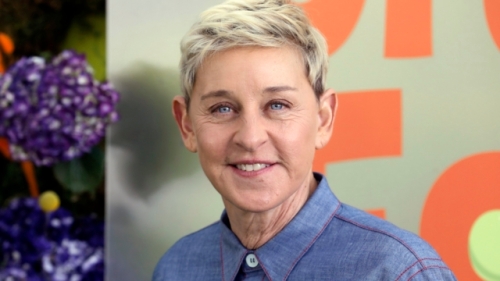 Ellen was The Main Lesbian. She wore pant suits, dated other high-profile women, and – in general – was a Sapphic oasis in a parched hetero celebrity desert. She was the one gay woman your mum had probably heard of. After 20 years of being the friendly, relatable face of lesbian respectability, a number of claims from staffers on her talk show have lifted the mask to reveal someone unrecognisably different.

The woman whose entire shtick is being likeable stands accused of – behind the scenes – behaving more like Miranda Priestly than Barney the Dinosaur
…
And it should probably be noted that, as a woman demoted to obscurity for being gay, you don’t climb back to the top by being nice. Which presents a conundrum when a kind and nurturing nature is something deeply rooted in society’s expectations of women. As hardnosed and driven as DeGeneres clearly is, it’s hardly surprising that she had to cultivate a public façade of delightfulness to reclaim airtime.

Although allegations of off-air behaviour would be inexcusable, it’s hard to believe a man in her position would face the same backlash, purely for being unkind.
…
I have no doubt that bigots will make a link between Ellen’s callousness and her sexuality and nod knowingly. Because they can’t name a single other lesbian.

One response to “As a lesbian woman, Ellen DeGeneres is being held to higher standards than if she were a man”