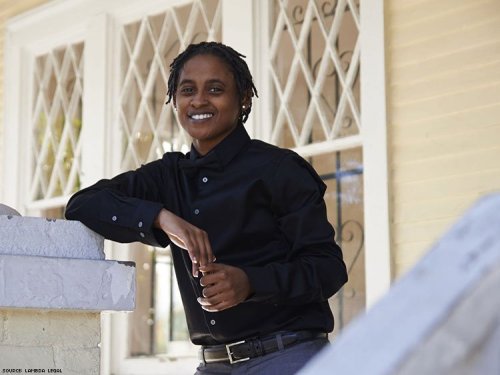 Lambda Legal announced today that it will ask the high court to hear the case of Jameka Evans, whose lawsuit says she suffered harassment and discrimination at her job as a security guard at Georgia Regional Hospital in Savannah and was eventually forced out because she’s a lesbian and gender-nonconforming.

In March a three-judge panel of the U.S, Court of Appeals for the Eleventh Circuit, in a 2-1 ruling, upheld a lower court’s dismissal of Evans’s suit. The judges did not dispute the facts of the case, but the majority said they were bound by precedent that Title VII of the Civil Rights Act of 1964, which prohibits sex discrimination, does not cover discrimination based on sexual orientation. Lambda Legal, representing Evans, asked the full court to rehear the case, but today it declined to do so, leaving Lambda no option but to go to the Supreme Court.