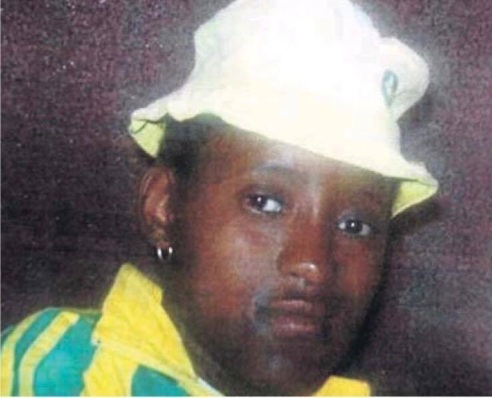 Lerato “Tambai” Moloi found stoned to death on May 14th.

South Africa is seeing a sharp rise in the rape and murder of women, including lesbians, in the last couple of months.  On April 1st, a 26-year-old lesbian was raped, beaten and stabbed by three men outside her home in Mohadin, Potchefstroom.  Three suspects were arrested, two minors and a 19-years-old, but we have no further information on the status of those charges.

On April 4th, the burned body of Nonkie Smous, an out lesbian, was found in Kroonstad, but her identity was not confirmed until 4 weeks later.  She was laid to rest on May 13th.  It is believed that Smous was raped and murdered before being set on fire.  According to Mambaonline, three men were reportedly arrested in connection with the murder, but 2 of the men were released and one was charged with robbery and is no longer in custody.

On May 14th, the body of Lerato “Tambai” Moloi, an out lesbian in Soweto, was found covered in stones by a man cutting grass by railroad tracks.  Tsotang Petros Mokgethi‚ 38‚ and Jacob Alofayo‚ 35‚ stand accused of kidnapping‚ rape and murder.  It is believed that Lerato Moloi was the victim of corrective rape before being stoned to death.  There are reports that she was also set on fire, but we are unable to confirm at this time.  The Gauteng provincial government announced on Wednesday it will assist with the burial cost and psycho-social support for Moloi’s family.  The news of Moloi’s murder comes as the Love Not Hate project launches a new campaign demanding justice for LGBTI victims of hate crimes. 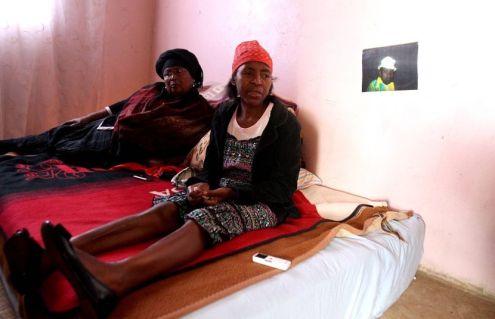 This same weekend, the bodies of Popi Qwabe, 24, her friend Bongeka Phungula, 28, were also found in separate, but nearby, areas of Soweto.  Owabe and Phungula were roommates living in Zola, but here is no mention of their sexuality.  Both women were raped before they were killed.  One suspect is in custody.

The burned body of Nombuyiselo Nombewu, a 15-year old, was found on May 14th and 32-year old Tshepo Seth Manyikie has been arrested for her rape and murder. This follows the rape and murder of Karabo Mokoena on April 27th, by her boyfriend, who doused her body in acid and set her on fire.  The hashtag #MenAreTrash is now being used by women in South Africa to share stories of acts of abuse and femicide by men they know personally.  While these women were not lesbian, their rape and murder do reflect the level of misogyny and violence all women in Soweto have been dealing with in recent months.

There is a fourth body of a woman found at a dumping site in Mfolo, also on Sunday.  Her body was burned beyond recognition.  There is evidence that she was also raped before her murder. Listening 2 Lesbians will be following this story closely.

25/5/2017 UPDATE: None of the suspects mentioned by police in connection with Lerato Moloi’s murder appeared in court.  As of this date there have been no arrests made.