I close my eyes and I am back in the Michigan woods, lying in fern and leaf litter, listening to the woods and the voices of women. I open my eyes and the shadow of leaves and voices remain while the sounds of Australian birds and the smell of Australian plants intrude. They’re not ferns, but they’re what I have and they are glorious.

This year, for my first and only time, I went to Michigan Womyn’s Music Festival, started by Lisa Vogel 40 years ago. I had gone with as few expectations as possible, helped by the flurry of activity in the weeks before I left and the daze I walked through the gate in.

The experience was a revelation, in expected and unexpected ways.

While listening to CC Carter sing about her hips, I realised with a rush that this is what representation might feel like. Listening to a woman sing about her female lover, with love about her body, in a clearing full of women, many of whom were lesbian, I realised what it felt like to be the part of the norm as a lesbian, and not the unrepresented minority.

Not even close to ferns…

We didn’t need to explain. We didn’t need to justify. We could safely assume safety, kinship, shared understandings. A week of woman and lesbian as one of the defaults (not het-excluding, note) made clear how fragmented and scattered we were, how unrepresented we were, even by cartoon representations, how even at LGBTI events, groups and gatherings you often cannot assume kinship. So bittersweet, to experience that but for so fleeting a moment. And there are so many ways in which lesbians have even less representation, along lines of race, class and more besides.

More than just experiencing representation though, we spent a week honouring the real diversity of women and girls as the default. I know that in a way that was unfamiliar I felt SEEN, not unusual or singled out, and not invisible, but visible and normal. We saw each other. We greeted each other. We hugged and smiled and trusted and we could just BE, however we wanted to be. I can only imagine what this experience could be for women who feel less seen and accepted than I do.

Neither fern nor oak

And with that visibility came a level of safety that is hard to describe. On the land I anticipated no trouble whatsoever. I trusted women. They trusted me. We assumed good will. A guard I didn’t know I had up was lowered. And for a week we were enough, and not too much. I wasn’t too loud, too pedantic, too round, too feminist, too woman centred, too lesbian, too vocal, too ANYTHING. I just was, without needing to reduce myself. And the second and third thoughts in my head weren’t there because I was so connected to what was going on that they didn’t need to be. I was just in the moment.

We said sister and we meant it with sincerity and love. I grew up doubting that the sisterhood was something I could rely on, skeptical that women would be essentially more reliable, not understanding the political meaning and intent behind the concepts of solidarity and sisterhood. At Fest I understood what it could mean at its best. 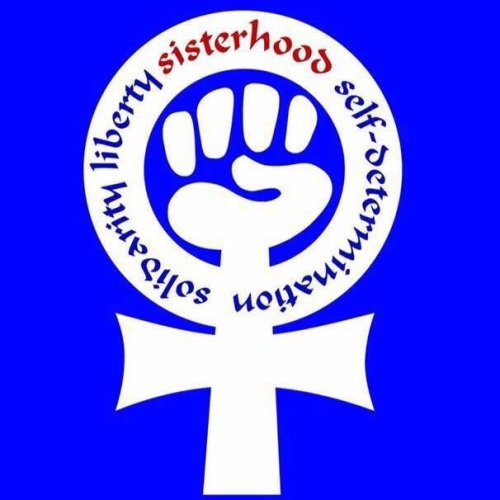 At Fest thousands upon thousands of women wandered the land, day and night, in varying degrees of dress and undress, from jeans to corsets to nothing, in varying degrees of intoxication and sobriety, in populated and deserted areas, without thought of rape. Unlike the recent stories of endemic rape at music festivals, we managed to celebrate and party, not to mention randomly nap in the leaf litter among the ferns, without experiencing or perpetrating sexual violence against women. What we were doing, wearing, how we were behaving, who we were with, what time of day or night it was – none of these factors mattered. This showed that there is a way for women to be, other than at constant collective risk of rape and abuse. It wasn’t the absence of factors often considered to be provocation. It was the absence of predators and perpetrators. While we know from bitter experience that women cannot be essentialised as angels, we also know that the central problem is socially sanctioned and promoted male violence against women. In the absence of it, we relaxed in safety.

And in this context I learnt, at a profound level, that I can trust women. Not just the women I know and trust, but women in general.

And these realisations were both political and personal.

At the healing circle, which was moving and profound and upsetting, all at once, I saw and felt women’s intense grief and pain. And I started to forgive myself.

I saw a mother hugging their small child and I pined for mine, suddenly struggling with our separation. I grieved for the abuse I couldn’t prevent. I grieved for the abuse I didn’t know about until years too late. And I let myself acknowledge that I was not responsible, that while I should have been able to protect him as a mother, we were both victims. Not being omniscient and omnipotent doesn’t damn me as a bad mother, and intense grief and regret can exist without assuming guilt.  That which I know for other women, I started to know for me.

While so much of what I experienced on the land was so personal, it reflected back on our socialisation, the framing of women’s lives, the framing of lesbians. It reflects the way in which women are routinely denied space to meet alone lest we realise this all.

Even now, derogatory comments are made about fest, even as women revel in their perhaps first and definitely last experience of it.

We might live in a society that doesn’t want women to love women, but most of all, it doesn’t want us to love ourselves, individually and collectively.

So it is a political act to meet alone as women, to love women?

Let’s be political then, and meet alone as women, form and connect with our tribe.

We can start imagining new ways to live then work to make them a reality.

We can be the acorns from Lisa Vogel’s mighty oak.