After seeing yet another post about how to be an ally to anyone but women, let alone lesbians, I wondered – what would you say about being allies to lesbians?

Is this even the right way to approach the issue?

These are the collective thoughts from my wall and a public FB group – names removed to protect the innocent* but I’ve tried to keep women’s words….

Don’t see what you would say? Add your thoughts in the comments section or email me at liz@listening2lesbians.com. 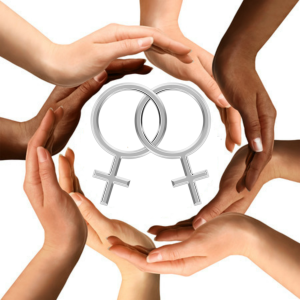 Protecting lesbians – how do we do it?

How to be an ally to Lesbians:

WHY WE ARE LESBIAN

DON’T FUCK WITH US

LESBIANS AS A DERAIL

WHAT I SHOULDN’T HAVE TO SAY

These things happen around the world, including in YOUR country…

Don’t prioritise and centre men. Most of this flows from systemic male dominance, and the violence and subjugation used to reinforce it…

Every time I think the list is complete enough, another suggestion comes in. I’m aware this is far from comprehensive, which says a lot about how lesbians are regarded and treated around the world.

So the pointers from lesbians around the world on how to be an ally really made me wonder…..

WHAT DOES BEING AN ALLY EVEN MEAN?

Is this concept even worth using? What does being an ally mean to you?

Articles like the one that triggered this one seem to be about performance of socially required (and superficial/unquestioning) support more than any genuine commitment or action that demonstrates actual solidarity.  The articles seem to be about visible ways to look like you are guilty about your privilege and identify as supportive, rather than outlining really practical ways to help change the world behind the scenes.

Does this help any group or is this kind of two dimensional tokenism merely about paying lip service rather than demonstrating solidarity and working to make the world better for those who are marginalised?

There’s certainly an expectation that women demonstrate allyship by quashing their questions, indulging in self flagellation – classic female socialisation. Femsoc tells us to genuflect before the needs of others, and ignore that voice telling us that we are betraying our own needs.

This is all of a piece with identity politics which prioritises identification and performance over reality. Identifying as an ally replaces being an ally. Once you have identified as an ally to whichever group, irrespective of your actual actions, you can dispense with the culturally created guilt (usually of women), congratulate yourself on a job well done with honour satisfied and carry on being self righteous about those not liberal enough to be allies. Despite everyone paying lip service to supporting the marginalised group, nothing actually changes.

And this squanders the good intentions of many people, who may well read the articles and want to be supportive. It also provides a get out of jail free card to those who don’t much care but want to be seen to do the right thing…

Either way, perhaps the concept is too shallow to be of any use.

Regardless of the validity of the “ally” concept, the list of what not to do to lesbians is pretty clear. Each one of those points was written based on personal experience of being abused, exploited and erased, on the basis of being lesbian.

If you want to take anything to heart, listen to what lesbians have said here and don’t re/name us, don’t redefine us out of existence. Don’t harass, belittle, or dismiss us. Don’t appropriate us. Support and encourage us to focus on each other, on women, as women. And help us fight to change the structures that enable and benefit from our eradication.

If you have anything to add to this, please share your thoughts in the comments below or email them to me at liz@listening2lesbians.com.

* I tried to keep original wording but names were removed. If you would like credit for your comment, please let me know and I will add your name in. 🙂